In a previous entry I shared some pictures related to “Running the Race.”  The winners of such competitions were awarded, among other things, victory crowns—the composition of which depended upon the games. 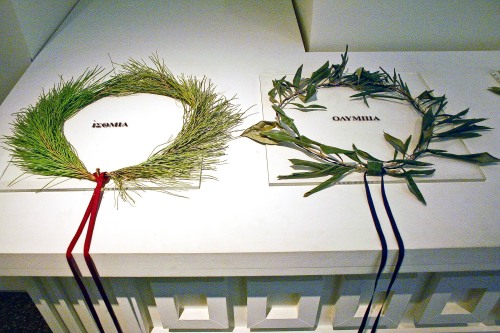 The games at Isthmia were held twice during the four year Olympic cycle.  The city of Corinth was in charge of these games and Isthmia was only 6 miles from Corinth.  The games included athletic as well a music contests.  It is very probable that the games were held during Paul’s stay at Corinth.  Indeed, he writes to the church at Corinth:

1Cor. 9:24     Do you not know that in a race all the runners run, but only one gets the prize? Run in such a way as to get the prize.  25 Everyone who competes in the games goes into strict training. They do it to get a crown that will not last; but we do it to get a crown that will last forever.  26 Therefore I do not run like a man running aimlessly; I do not fight like a man beating the air.  27 No, I beat my body and make it my slave so that after I have preached to others, I myself will not be disqualified for the prize. (NIV) 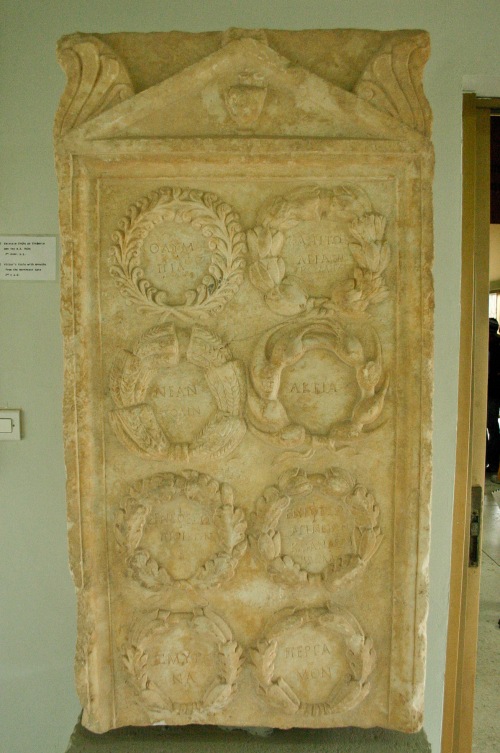 The grave stela of an unnamed athlete who won games at at least 8 different venues. Inside of the crowns are the names of the games. In the upper left wreath “Olympia” is noted and in the lower right “Pergamum.” Note the variety of “wreathes.” Click on Image to Enlarge and/or Download

To view additional images of this and other stelae from Isthmia Click Here.