The Roles of the Roman Emperors

Groups traveling to Turkey will often fly into Istanbul and spend a day or two there before continuing on to other parts of the country.   One of the stops in Istanbul is typically the world-class Archaeological Museum located near the Hagia Sophia and the Topkapi Palace.  For students of the Bible it houses some extremely important artifacts.  The main ones are located on the top floor of the museum including the Siloam Tunnel Inscription, The Second Temple Warning Inscription, and the Gezer Calendar (the first two from Jerusalem).

Bronze Statue of the Roman Emperor Hadrian (r. AD 117-138)
In Toga depicting him as “the first citizen” of Rome
Archaeological Museum in Istanbul
For additional information about this statue Click Here

When walking up to visit the gallery containing these precious objects you will usually pass a bronze statue of the Roman Emperor Hadrian.   Because the lighting in the room is typically not too good, and the room really looks “dated,” most groups will bypass this statute.

However, it is worthy to pause for a minute or two to view it.  First of all, it is very rare to have a statue preserved in bronze from ancient times!  Most of the statues that are preserved are marble copies from the Roman Period—but here a real bronze original is on display.  And secondly, it is worthy to notice the dress of the emperor—in a toga that depicts him as the first among Roman Citizens.

On other statues, for example several on display in the Archaeological Museum in Antalya, 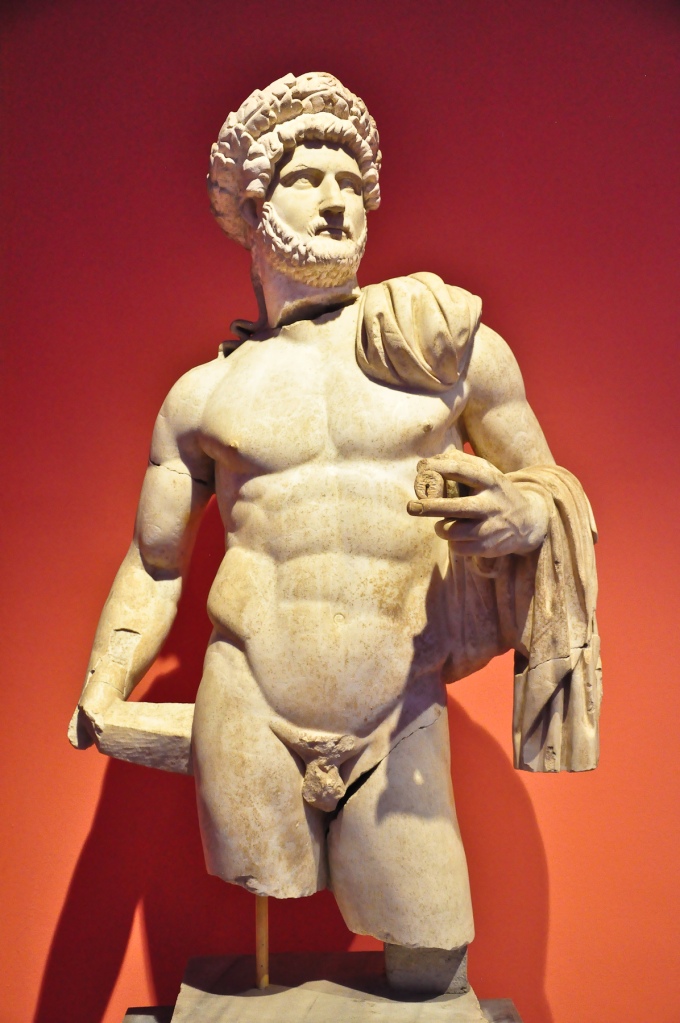 and in others he appears in the nude—depicting his divine status!

Thus back at the bronze statue in the Istanbul Museum, this is a great place  to begin to introduce your group to the various roles played by the Roman Emperors—for certainly you will be “bumping into them” again and again in your travels in Turkey.

2 responses to “The Roles of the Roman Emperors”