Back Seat of the Plane — Aerial Views of Istanbul

On airline flights I can typically put up with any seat assignment for 1 to 4 hours.  However, when I found out that on our one hour flight from Istanbul to Denizli (Turkey) that my wife and I were assigned seats in the second row from the back of the plane (window/center), near the lavatory, I was less than happy.

But, as we settled in, I noticed that the sky was clear, the window was relatively clean, and that there was no wing to block my view of the ground!  “Heh Mary, hand me my camera!”  Now all I needed was for the pilot to take the “right” flight path out of Istanbul on our way to Denizli.  Well, he/she did!  And we flew just west, then north, and then east of the Bosporus—and I was on the “right” side of the plane to see/photograph everything!  My dreams had come true!!  Here are a few images that I took on that flight. 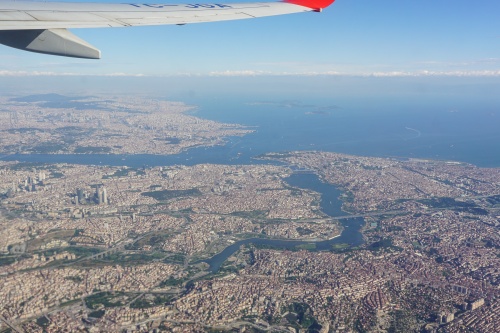 The meandering “river” in the lower center of the image is the “Golden Horn” (river) that “flows” into the Bosporus. There are four bridges over the Bosporus—faintly visible. 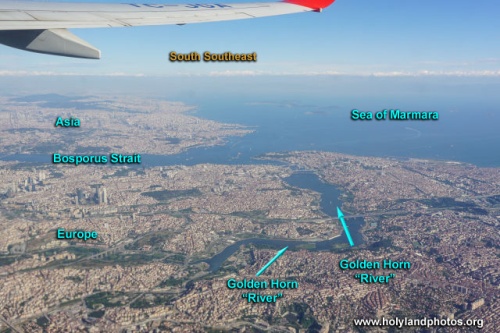 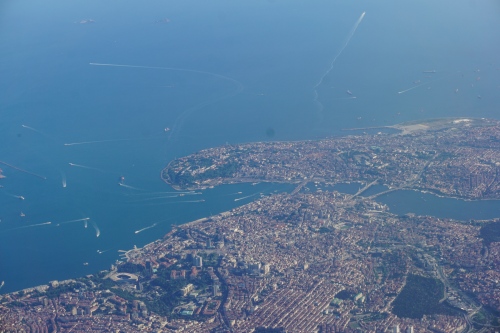 View looking south over part of Istanbul where the Golden Horn enters the Bosporus.

The landmass in the image is European Istanbul.

This entry was posted in Aerial, Places in Turkey and tagged Bosphorous, Bosporus, Istanbul. Bookmark the permalink.