Sounds of the Hagia Sophia in Istanbul

For almost 1,000 years the Hagia Sophia in Istanbul was the main church of the Eastern Roman Empire (Byzantium).  It was converted into a Mosque in 1453 and in 1935 it opened as a museum.  As a “museum” no “services”—Christian or Muslim—are to take place in the building. 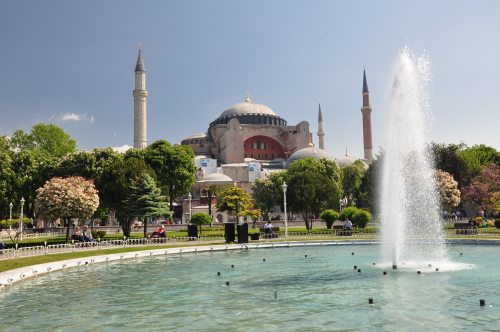 This entry was posted in Christians, Churches, Places in Turkey and tagged Hagia Sophia, Istanbul, Liturgy. Bookmark the permalink.