After preparing for, leading, and reflecting on some twenty trips to Turkey and Greece that emphasize the development of the early church there, it has become more and more evident that one of the “cutting edges” of scholarship has to do with how the Early Church came into contact and conflict with the common practice of “worshiping” the Roman Emperor.

This conflict has been examined extensively in connection with the New Testament book of Revelation, but it is now more evident that Paul and others interfaced with this cult to a much greater degree than was previously emphasized.

Questions such as to whom did early Christians owe their allegiance arose? 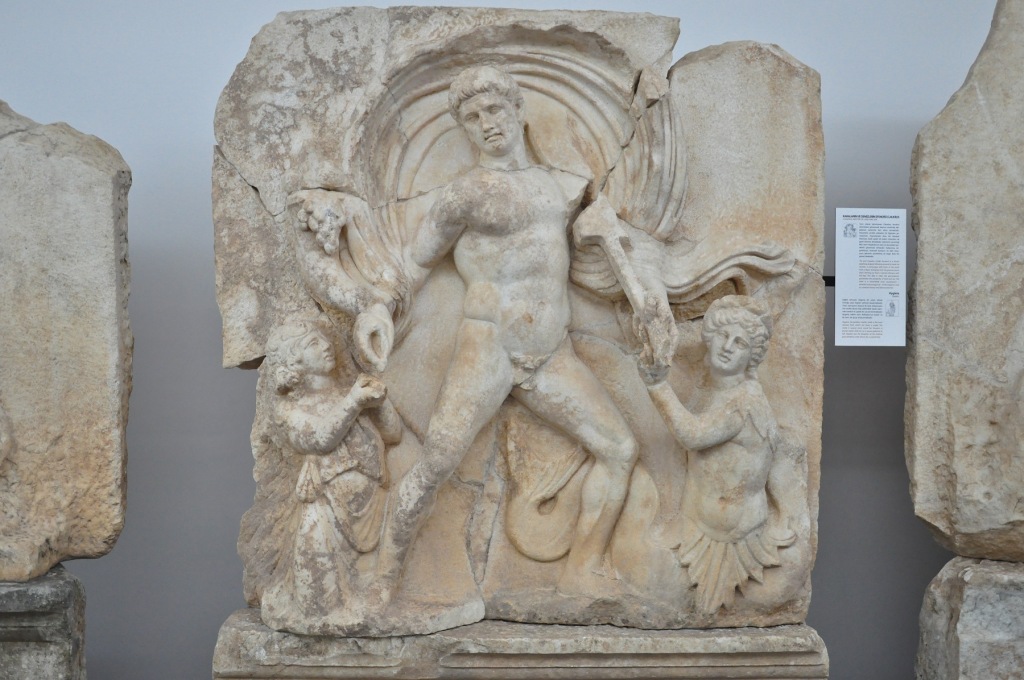 The Roman Emperor Claudius (nude as a deity in a divine epiphany with drapery billowing above his head; A.D. 41-54) portrayed as a deity receiving homage from the earth (cornucopia on the lower left) and the sea (ship’s steering oar lower right)
Claudius is presented as a “universal saviour and divine protector”
Original from the Sebasteion (below) now in the the museum at Aphrodisias

As we were visiting Turkey all of this came into focus as we visited the spectacular remains associated with the imperial cult.

Temple Dedicated to the Roman Emperor Augustus (27 B.C. to A.D. 14) in Ankara

In Ankara there is the well–preserved Temple to Augustus with a text describing his accomplishments in both Latin and Greek. 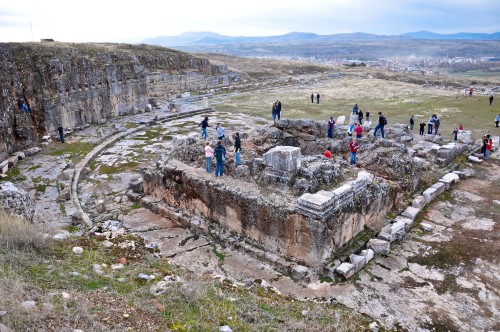 At Pisidian Antioch, a Roman Colony where Paul preached a stirring sermon (Acts 13), there are the remains of another Temple to Augustus.  In addition a temple to Domitian (Ephesus),

Reconstructed Temple for the Roman Emperor Trajian (A.D. 98 to 117) at Pergamum

a temple to Trajan (Pergamum), and

an extensive monument dedicated to the Imperial Family celebrating Roman conquests (at Aphrodisias) bear mute testimony to the all pervasiveness of the Roman Empire and the Imperial cult.

The early church, and many others as well, in the face of Imperial Rome were faced with the question—to whom did they owe their ultimate allegiance?

All of the above is now relatively well-known.  But has this topic of the Imperial Cult in the homeland of Jesus, and during the time of Jesus, been examined thoroughly?