On January 12 our group of Bethel University students, led by our Turkish guide Özcan Kaçar, attempted to visit Andriace, a port where Paul stopped on his way to Rome as a prisoner (Acts 27:5–6; see previous posts here).

Unfortunately for us, major construction work is going on there as they prepare to make this important site more “tourist friendly” and we were not allowed to approach the site.  In the “old days” we use to have to walk through underbrush and swamp to get there. 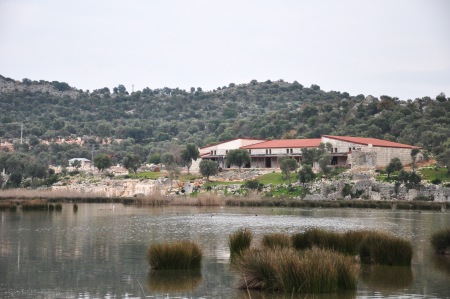 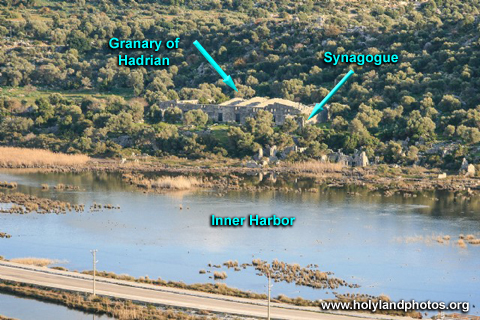 View of the same area prior to modern reconstruction

Detailed view of the Granary of Hadrian and the
“newly” excavated area along the south bank of the harbor
(= a quay?)
Click on Image to Enlarge/Download 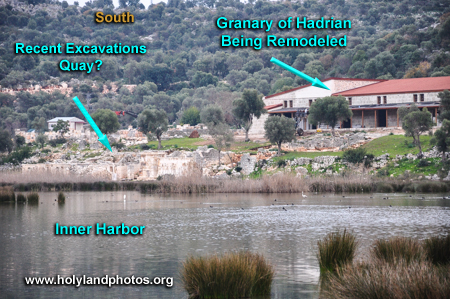 It looks like there will be a major visitors’ center at the entrance to the site and that the granary will be a museum.  Since the ship that Paul landed at this port, it will be interesting to follow the results of the ongoing excavations at the edge of the harbor.