Blockage of the Jordan

The story of the blockage of the Jordan, so that Israel could cross from Transjordan into the Land of Canaan, has always fascinated readers of the Bible (Joshua 3-4; especially 3:14). In commenting on this passage bible geographers often cite “modern” blockages of the Jordan due to earthquakes including ones in 1547, 1906, and 1927 (for 27 hours; Zondervan Atlas of the Bible p.61). 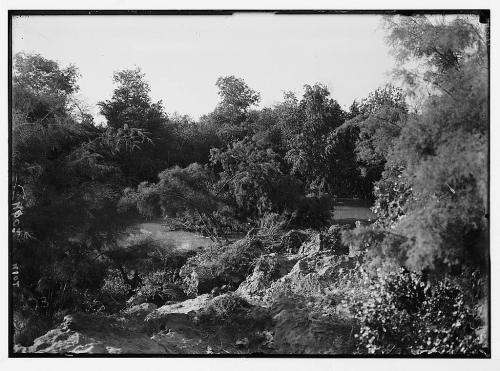 The earthquake of July 11, 1927. Jordan flow checked by caving in of the river banks. Trees thrown into midstream.
From Library of Congress Collection

On Friday, September 7, 2012 one of my favorite web sites, Israel’s History – a Picture a Day, posted five images of the devastation caused by the earthquake of 11 July 1927 — including a picture from the Matson collection showing the blockage of the Jordan!  According to their commentary

its epicenter [was] located in the northern Dead Sea area, [and] the towns of Jericho, Jerusalem, Nablus (Shechem) and Tiberias were badly hit.  An estimated 500 people were killed in those locations.  Today, scientists believe the magnitude of the quake was 6.25

To view additional images of the Jordan River Click Here and Here.

2 responses to “Blockage of the Jordan”