On a recent trip to Israel I twice visited the OT site of Samaria for the first time since 2000.  Samaria was the capital city of the Northern Kingdom of Israel and was founded by Omri (ruled 885–874 BC).  His son Ahab, husband of Jezebel, and other Israelite kings developed it.  It is mentioned 109 times in the OT.  The Assyrians captured the city in 723 BC, thus ending the northern Israelite Kingdom.  Afterward, the district around the city became known as Samaria and its inhabitants as “Samaritans.” 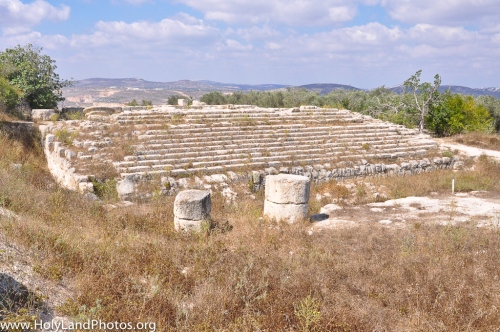 Beginning in the days of Alexander the Great (ca. 332 BC) it became more and more Greco-Roman in outlook.  The city was renamed “Sebaste” in honor of the Roman Emperor during the days of Herod the Great (37–4 BC) who built a temple to honor the emperor there.

This entry was posted in Places in Israel. Bookmark the permalink.